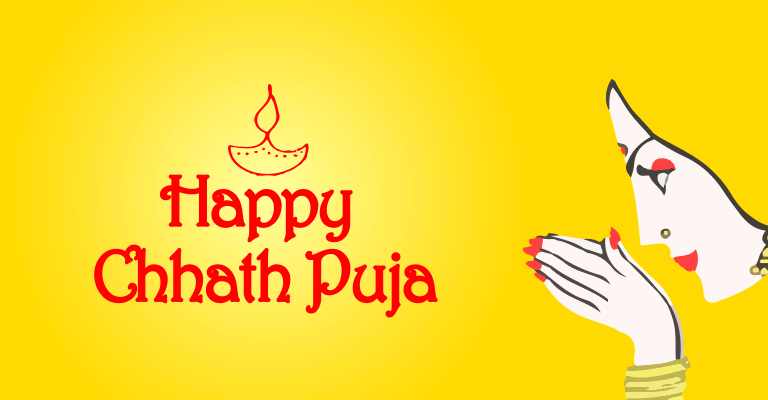 Not just the land of Himalayas, not just limited to flora and fauna but also a melting pot of people belonging to a variety of culture, religion, language, and ethnicity. The three main geological belts that are encompassed in its borders; namely Mountainous, Hilly, and Terai, are filled with people from different ethnic groups who follow very different cultures and traditions. However, the biggest and the holiest of festivals in Nepal are celebrated all over the country with the same excitement and enthusiasm. One of such festivals is the festival of the Sun God known as Chhath. This festival is celebrated all over the country as the biggest festival of Tihar comes to a conclusion every year. 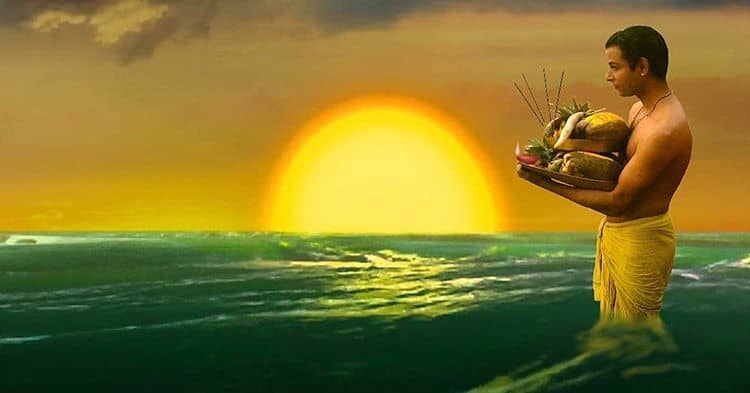 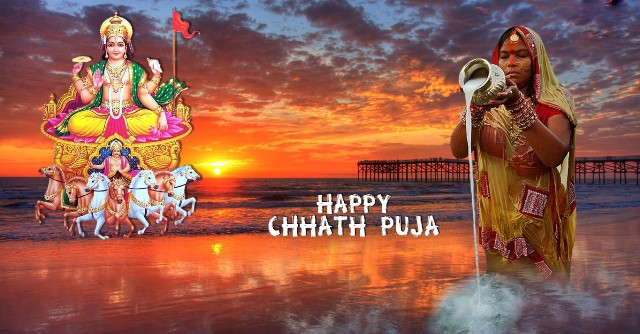 When is it celebrated?

The word Chhath actually means “Sixth” in a language called Prakrit which is derived from Sanskrit. It is so because the Hindu festival of Chhath is celebrated in the sixth day of the month of Kartik according to the official calendar of Nepal, Bikram Sambat.  The month of Kartik lands between the months of October and November in the Gregorian calendar. In 2018, Chhath Puja starts on the 11th of November and ends on the 14th of November and the main day of Chhath lands on the 13th of November. Furthermore, during Chhath people observe fasts, take baths to purify themselves and worship the Sun during the span of four days in order to pay their respect to the Sun God. 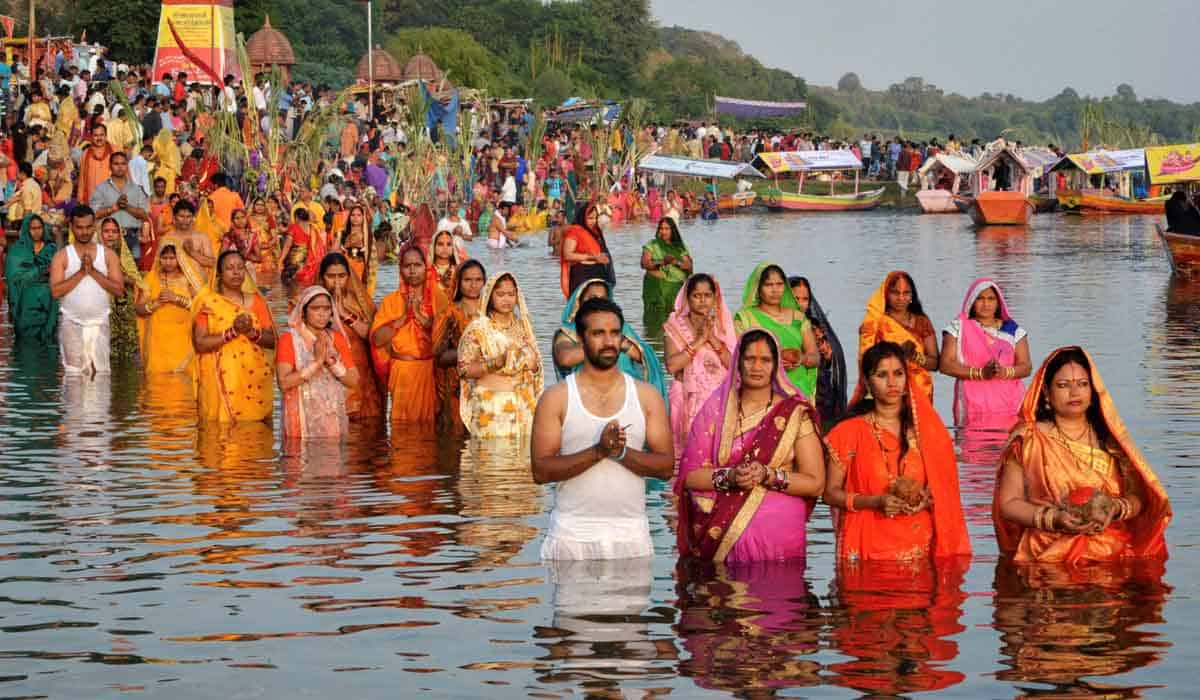 The story behind Chhath Festival

The legends behind the celebration of the festival of Chhath are numerous. However, the most famous story about this festival is taken from the holy Hindu text Ramayana where Lord Ram, the alleged descendant of the Sun God, observes a fast with his wife, Sita, in honor of the Sun God during the 14-years-exile. It is said that the fast consequently evolved to become the festival of Chhath that is celebrated in contemporary times. Moreover, another story is taken from the Hindu epic Mahabharata where Draupadi, the Pandavas, and Karna, who are some of the main characters, perform rituals similar to those observed today. Both Mahabharata and Ramayana are of major significance in the Hindu culture making the festival of Chhath very important in the Hindu religion. 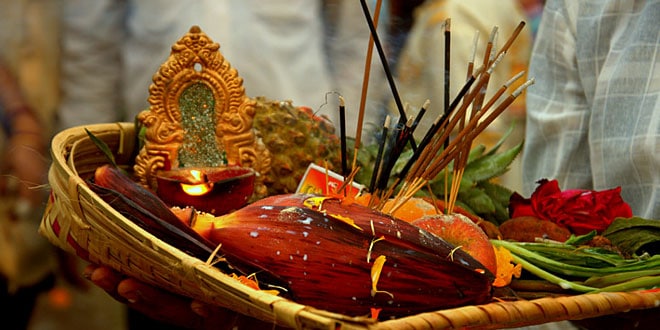 As mentioned earlier, the festival of the Sun God, Chhath, is celebrated for four days. These four days are met with different rituals and traditions. The rituals are listed below:

During the first day of the festival, devotees take a bath before consuming any type of food. The bath is normally taken at home or at the river banks of holy rivers such as Koshi, Gandaki or Karnali. In the Janakpur District of Nepal, people first worship at the Janaki Temple and then take baths in the pond nearby named Ganga Sagar. Normally, females are supposed to take a fast during the first day. 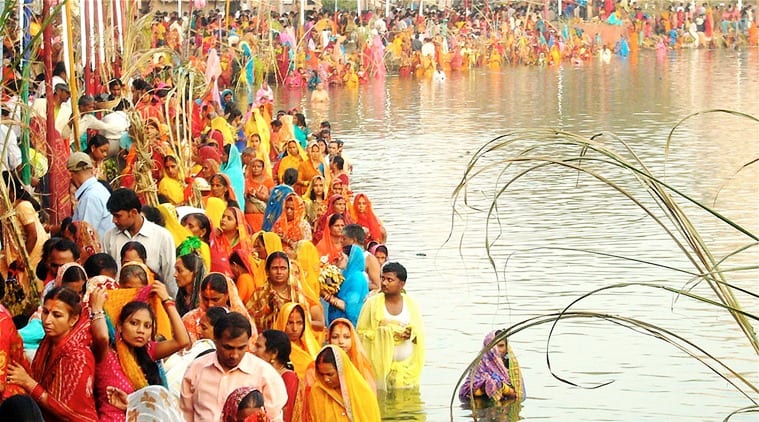 During the second day of the festival, the fast taken by the females is broken during the evening after sunset. The fast is broken for the day by consuming Kheer (rice pudding), Puris and fruits after the Sun and the Moon are worshipped by making offerings to the setting sun in large bodies of water. The fast then continues again for two more days without even the consumption of water. 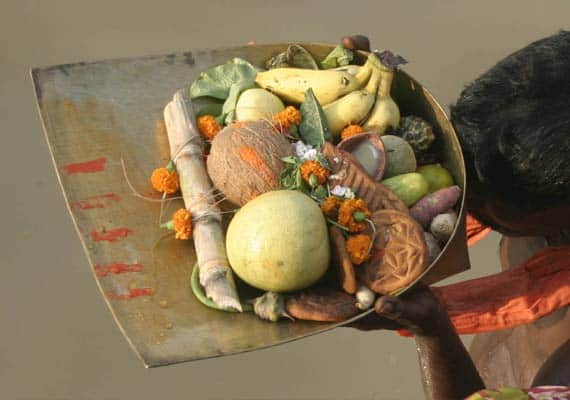 The main day of the festival sees families and worshippers prepare offerings or “Prasad” at home for the final day which is also preceded by pujas around the household. On this day, the setting sun is worshipped and offerings are made to reflect the belief of the devotees. The fasts aren’t broken on this day and are continued till the next day. 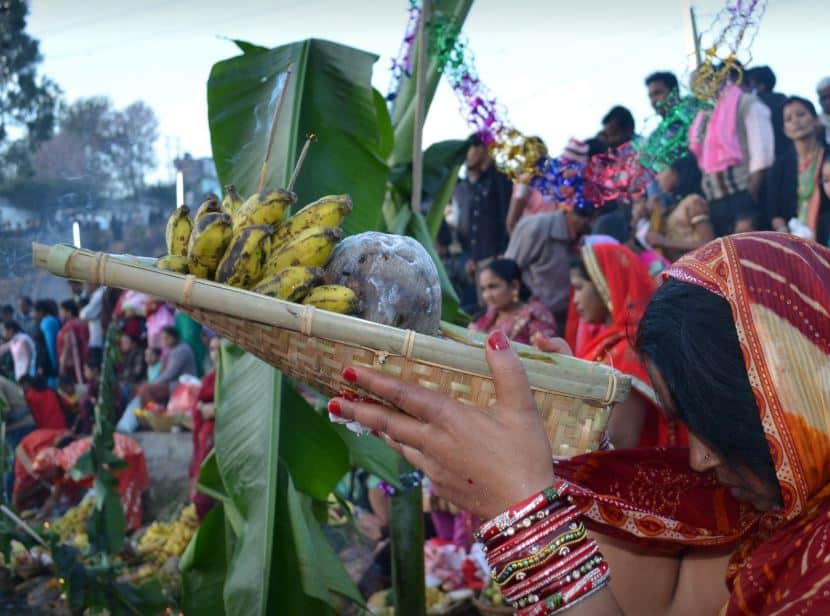 During the final day of the festival, families, and worshippers visit riverbanks before sunrise to offer the “Prasad” to the rising sun. The offerings are the same ones prepared on the day before. After the offerings are presented, the fast is broken and the festival is finally at a conclusion. 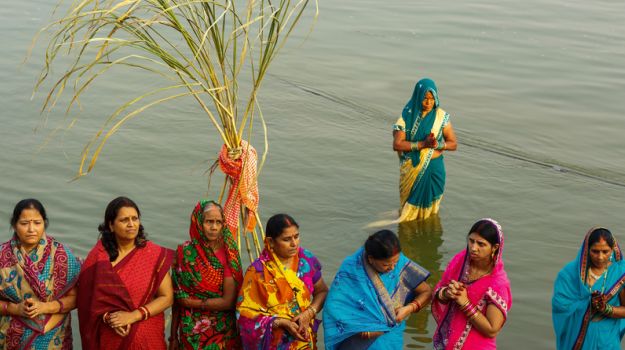 The holy festival of Chhath is known to be a very special occasion in the Terai belt of Nepal and is celebrated with full energy and enthusiasm all over the country. While a religion and race might celebrate the festival, it is also equally revered across the country with great zeal and zest. With such tolerance and respect for each other, the corresponding beliefs and rituals, Nepal is truly an ideal nation showcasing the vibrant integration of the multitude of religions and culture and Chhath is one such brilliant example.

Overview of Tiji Festival Tiji festival is a three day festival during the month of May (third Tibetan month) and regarded as a very auspicious occasion in the Upper Mustang area. Tiji festival, which is a popular festival in Himalayas of Nepal and India, celebrates the triumph of good over evil. A festival continued as … 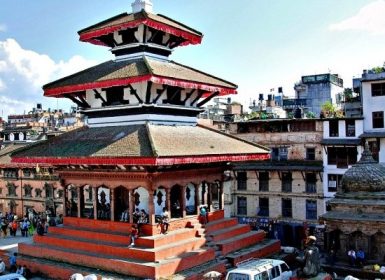 Kathmandu valley, historically also known as the Nepal valley, is the capital of Nepal which lies in the southern part of Asia between China and India. The colors of culture and religion in this city are architecturally depicted and are the highlights of the prosperous medieval ages. The diverse populace of this valley adds even …