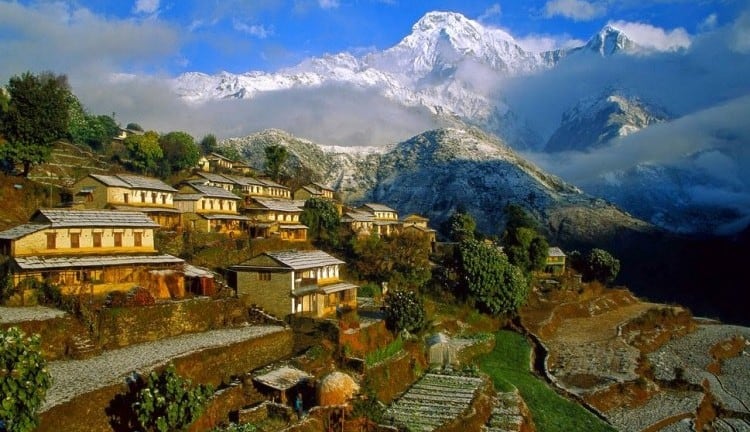 A new trekking trail package named ‘The Guerrilla Trek’ has recently been launched, including the release of a Guerrilla Trekking Guide book and trekking map.The book written by Alonzo Lyons retraces the path adopted by the Maoist guerrillas starting from Beni in Myagdi District, towards Rolpa and Rukum further West.

Trekking along the Guerrila Trek gives hikers the chance to see routes and hideouts used by the guerrillas during the conflict (1996-2006).In spite of what the name might suggest, the area is very peaceful nowadays. The Guerrilla Trek passes through lush valleys in the shadow of the mighty Himalaya, including the impressive Dhaulagiri (8167 m). It passes dramatic waterfalls, lakes and the country’s only hunting reserve in Dhorpatan. The views from Jalja La, a pass at 3386 m, are stunning and definitely compete with crowded Poon Hill. One can also see a whole range of mountains; especially the Dhaulagiri (8167 m) and Gurja Himal (7193 m) are very close.

From Beni up until Dhorpatan, the trail overlaps with the Lower Trail of The Great Himalaya Trail. At Dhorpatan the GHT trek diverts towards the north to Dunai while the Guerrilla trek takes its course further westwards to Musikot in Rukum

Thank you. Your review will appear after admin approves it.

Please fill all the fields.

Everest Base Camp (EBC) Trek is a classic trekking adventure in the foothills of the world’s highest mountain, Mount Everest...

Available throught out the year:
$765

The Indigenous People Trail offers a different experience away from the busier trekking tourist routes,.it is scenic trekking at relatively..

Available in the following months:
$290

Available throught out the year: