Tiji festival is a three day festival during the month of May (third Tibetan month) and regarded as a very auspicious occasion in the Upper Mustang area. Tiji festival, which is a popular festival in Himalayas of Nepal and India, celebrates the triumph of good over evil. A festival continued as a legacy from the 17th century features colorful events such as Vajrakila rituals consisting of dance performances to lift curses and spread the message of wellbeing and good luck. Celebrated as a religious ceremony by the locals of Mustang, Tiji festival attracts several tourists due to its unique events and has popularized Tiji festival tour and Mustang Tiji festival trek over the recent years. The word ‘Tiji’ comes from the name ‘Tempa Chirim’ which means ‘World Peace’. Legend says that the Kingdom of Lo (now in Upper Mustang) was in great danger due to the terror of a vicious demon called Man Tam Ru threatening to spread diseases and destroy all water sources. Dorje Jono, a deity in Vajrayana Buddhism, then defeated the beast and restored peace in the valley. In some scriptures, Dorje Jono is also regarded as the incarnation of Lord Buddha. The processes of these historical events are showcased through dances on each day of the Tiji festival. On the first day, the havoc caused by the demon is shown through a dance called “Tsa Chham”. The birth of Dorje Jono is shown on the second day through another performance called “Nga Chham”. On the final day, the enactment of Dorje Jono’s attempts and success of transferring the demon to Buddha’s realm is focused. Tiji was also considered as a prayer from the then King and Queen of Kingdom of Mustang for the protection of the kingdom. The tradition is still preserved till date hence Tiji is going to be celebrated in 2019 as well. The Tiji festival trek date for 2019/2020is from 30 May to June 1. Each day differs from another due to the different ceremonial processes. Upper Mustang Tiji Festival trek allows you to get the closest look into these celebrations and even participate according to the permission granted by local authorities. The festival will take place in the courtyard of Mustang Palace by the Chhode Monastery belonging to Sakya sect of Buddhism and will involve over 65 monks from Lo Manthang, Nhenyul, and Chhoser. The auspicious event starts with the early morning Vajrakila prayers and offerings by the monks who assemble at the Chhode square. The main ceremony starts in the afternoon when the square is blessed with the tunes of Dhungchen (copper horn) and drums all the while a huge Thangkha portrait of Padmasambhava is put up on the south wall. After that, the tantric (priests) carry on to offer bowls of rice on the wooden altar. The monks are seated under the huge Thangkha while wearing long pointed red hats. The most awaited performance of the masked dance then commences in the private room of the Mustang Palace. The Tsowo has distinguished gear on his head that makes him stand out. After dancing in the palace, the group slowly moves towards the people’s square where onlookers and travelers wait for their arrival. The dance performance in the square lasts for about 2 hours and consists the blares of the traditional instruments with the colorful clothes of the dancers swooning in the cool breeze. At the end of the day, almost 52 different steps are performed. The end is signaled by the Tsowo by unique callings. The second day also starts with a series of prayers and offerings, in the early morning. In the afternoon another handcrafted Thangkha is unfolded next to the one of the first day. The dances of the second day are more attractive due to the active depiction of the battle between the demon and Dorje Jono. The end of the dance showcases the end of the demon as Dorje Jono slays it with a powerful dagger. The last day is filled with dances from the monks with the masks of the animal. The final rituals take place in the Mustang Palace and prayers are offered by the priest. The final prayers were offered by the king of Lo before monarchy ceased to exist since 2008. The people of Mustang also pray for their valley’s wellbeing and the three-day festival comes to an end with smiles on everybody’s faces.

Often recognized as the hidden Himalayan kingdom, Mustang and to be even precise Lo Manthang, offers celebrations of the endemic Tiji festival to be rejoiced by tourists as well. Tiji festival is a greatly preserved tradition in this age and time. Grab this opportunity and embark on a journey to this culturally enriched city. You can easily book Tiji festival trek on numerous websites offering the great array of services and trip packages. 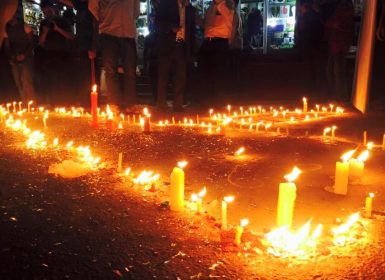 The promulgation of the “Constitution-2072” on 20th September 2015, has brought new hopes in Nepalese. The tourism entrepreneurs are also very much excited with the hope that the arrival of tourists would now increase. As the major festivals of Nepal (Vijaya Dashami and Tihar) are also coming along with the most favourable season for tourism, … 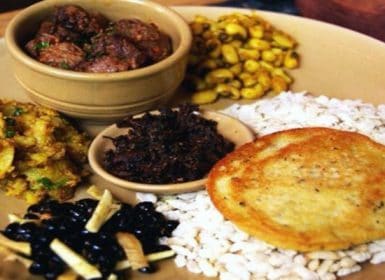 It’s the smell that you notice first. Floating out from an unknown doorway or shop in the crowded streets of Kathmandu, it beckons you like something ancient and nourishing. Then you spy its source, scarcely noticeable among the bustle around you. A large human-sized earthen oven with the most delicious looking roti or Nepali bread, … 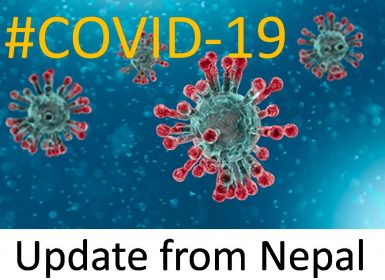 Dear Travelers, The Government of Nepal has stopped issuing visas on arrival from 14th March 2020 to 30th April 2020 to travelers from all around the globe. However, travelers willing to visit Nepal can contact the Embassy of Nepal or the Consulate office of Nepal in their country. A recent PCR Swab test certificate issued …