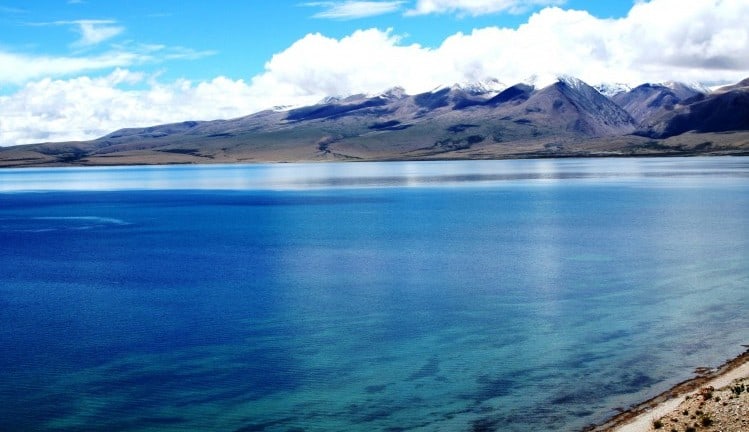 The main attraction of this trek is Mount Kailash which is in the western corner of Tibet. From time immemorial, this area has been sacred to Hindus, Buddhists, Jains and the followers of Bon, Tibet’s indigenous religion.

Even today, pilgrims from all over the Himalayan region travel to Kailash to perform arduous Parikrama or Kora (circumambulating of the mountain), often prostrating themselves the entire way. Ancient cosmography identifies Kailash with the mighty mountain Sumeru, the central peak of the world. To Buddhist, the “Father Mountain” represents the means to enlightenment; Lake Manasarovar, the “mother principle,” represents transcendental consciousness. Hindus consider Kailash to be the throne of Lord Shiva, one of the three principle gods of the Hindu pantheon. As a Bon center, it is the soul of the country and assures protection for all Tibetans. The area is naturally gifted and a place of must visit.

Arrive by flight or train to Lhasa. Upon arrival in the Lhasa Gongar airport or the Lhasa train station, you will be met by your tour guide and driven to Lhasa downtown. Have a rest in Lhasa to acclimatize the high altitude. Overnight in Lhasa

The first two days you are in Tibet will be put towards sightseeing inside Lhasa, to visit fabulous and typical Buddhist and historic sites, such as Potala Palace, Jokhang Temple, Barkhor Street, Sera Monastery and Drepung Monastery. In Potala palace, you can explore the grandest of this myriad chapels, its audience halls, the jeweled and Golden burial chortens(stupa Tombs) of past Dalai Lamas, and tremendous number of Buddhist frescoes, thangkas, combinations of mandala, figures of the Buddha You will visit 3 important monasteries in Lhasa, the first and foremost is Johkang Temple, the spiritual center of Tibetan Buddhism, attracts pilgrims all over Tibetan Area, built during songtsen gonpo’s reign by princess wencheng of tang dynasty, 647 A.D. the other two Monasteries Sera and Drepung Monastery locate in suburb of Lhasa, are hosted by hundreds of Monks, learning, praying, studying, living there. The famous Monks debiting is held in the courtyard of Sera Monastery in the afternoon. You will also explore the circular pilgrim route Barkhor while traveling at Johkang Temple, to contact local folks here, and if possible purchase some traditional Tibetan artifacts, religious implements, antiques, books, Tibetan music instrument, Thangkas, and tradition Tibetan clothes etc. Overnight in Lhasa

Passing by the green farmland of Nyangchu Valley, Yamdro-tso lakes, Karo-la Glacier roadside at 4960m, we move westwards to Tibet’s traditional town, Gyantse. The most important attraction for today is Yamdro-tso Lake, and Kubum monastery in Gyantse. Yamdro-tso Lake is shaped like coiling scorpion with deep blue in color and Kubum monasteryhas a 35m-high chorten (stupa) with its white layers trimmed with decorative stripes and its crown-like golden dome. Today, we drive to Shigatse, which is the second biggest city of Lhasa.

In Shigatse, you will visit the famous Tashi Lhunpo monastery where you can see the well preserved largest statue of Jampa (future god) in the world. The monastery itself is abiding place for the successive Penchen Lamas. Drive to theSakya County where you can visit the famous Sakya monastery. The most interesting thing in Sakya sect is that the sect does not believe in reincarnation and the head of Sakya sect will wear white cassock and also marry and have children. Then forwards to world highest pass Gyatso-la pass with 5200 m above sea level, and then drive to Tingri, the entrance of Himalayan Nature Reserve. Overnight in Tingri

There is only 2-3hours driving from Tingri to Rongpuk through 90km new winding road in the mountains. On the way from Tingri to E.B.C, you can enjoy the stunning mountain scenery; pass the wild grassland, the torrent and soaring mountains. If it is in clear weather, you can see the panorama of Himalaya range and among mountains you can see 4 mountains which are 8000m high and more to enjoy like Mt. Lhotse (8516m), Mt. Everest (8848m), Mt. Qowowuyag (8201m) and Mt Mayalu (8463m), and even majestic view of golden summit of Mt. Everest at sunset. Stay overnight in Ronguk Guest House or local Tibetan Tent

We need to take the old tingri road to Sagar County. From the old Tingri, you can see the Mt. Everest andMt. Shishapangma which is at 8012m was the least of the world’s 8000m peaks to be climbed. The road condition worsens from old tingri and runs parallel to the Himalayan ranges and Nepalian sides called Anapurna ranges. The main road passes through the desolate plain of Digur tang, with its enormous sand dunes and the closely neighboring snow peaks of Shishapangma and langtang to the south. Leaving the bum-chu basin, it then descends into the depression ofPelkhu tso Lake (4600m), a cobalt blue lake. Today we drive to Saga, a small town 69km from the Phelgu tso.

Overnight at local guesthouse of Saga.

Moving towards the Drongpa County, the region around the sources of Brahmaputra River, which is about 167km from the Saga town. At about 50km from today’s destination Darchen, we will make a small detour to Lake Manasarovar, the holy lake of Tibetan and Hinduism. You can relax around the lake shore and experience the natural beauty of the lake. In the summer time, flocks of swans will gather on the lake, bringing grace and life to the area. You can also see so many Tibetans and Hindus praying and circling around the lake shore, snow capped mountains on the background andhundreds of swans gathering on the lake, attracting hundreds and thousands of tourists from all over the world. In late afternoon, we will reach Tarchen, a small town at the foot of Mt. Kailash. Tour guide will assist tourists to arrange trekking yaks and porters and doing some preparation for your following 3 days trekking around Mt.Kailash. Overnight at local guesthouse in Darchen twon

The Traditionally pilgrims undertake 52 km trekking circuit around Mount Kailash, commencing at Darchen (4574m) and crossing the Dolma-la pass on the second day of the three day walk. 8 kilometers after leaving Darchen with environment-friendly bus (40minutes), we get to a village called Sarshung, where porters are waiting for their clients. After two hours, we come upon a grassy plain populated by nomads. For this turn in the valley it is another two hours at least before reaching Drirapuk(4920m). You need to camp or can rest in monastery’s guest house made from cement with a few good facilities than others in Drirapuk. At the opposite side of Drirapuk, there you can see small monastery with its guest house little cleaner than others.

Stay overnight at the tent guesthouse of monastery.

The second day is the hardest and most tough circuit with the Dolma-la pass lying 6.4km ahead but 762m above Drirapuk. The peak of Dolma-la pass is about 5630m above sea level, so it is better to set off early in the morning as the sun rays break over the ridges above. After taking a rest at the peak of Dolma-la pass, you will descend staircase bringing you to Lhachu valley floor, taking about one hour from the pass. From here it is still four hours trekking to the today’s final destination with no shelters on the way. It is better to walk on the right side of the river and finally get toDzultripuk (with miracle cave of milarepa). It is advisable to get there before other groups because limited numbers of rooms are available there in Dzultripuk. Take a good rest in the guest room and prepare for next morning’s departure. Stay overnight at the tent guesthouse of monastery.

Today, we will go through Milarepa’s cave, where the temple and shrines have been built around. Then we walk back to Darchen is easy and the exit from the valley can be reached within three hours. At the ending point of the valley, the driver will come to pick you and take you back to Darchen. Stay overnight at the local guesthouse at Tarchen.

From Lhasa drive to Gonggar Airport or Train Station.

From $1,780
per Adult
Need help with booking? Send Us A Message 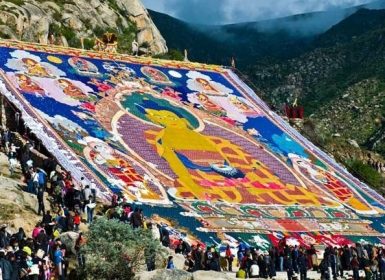 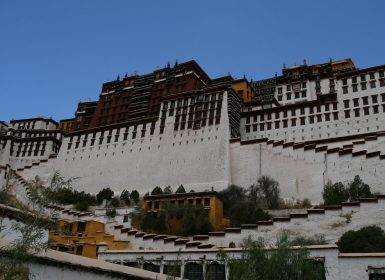 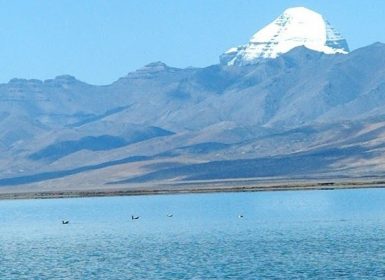 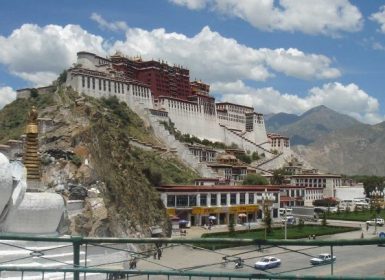