Tihar – The Festival of Lights 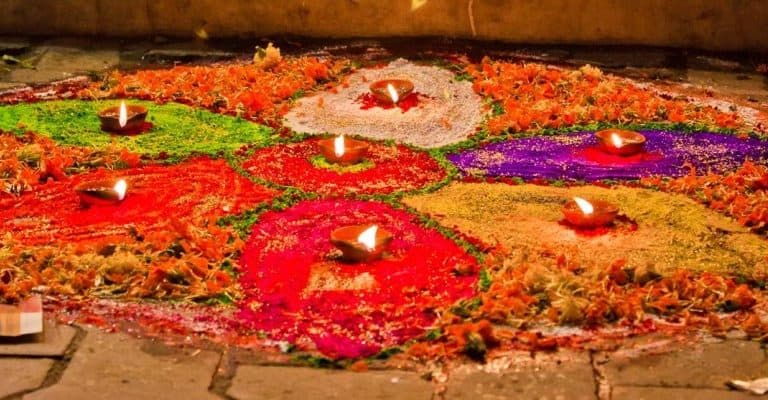 The Himalayan country Nepal is very rich in customs and traditions. Nepalese celebrate various festivals. The people belonging to different communities and following different religions, live in peace and harmony and celebrate festivals of their own and other religions and communities as well.

The hustle and bustle of the capital are sure to captivate anyone who visits the historic city. On a normal day, Kathmandu seems like an ant-farm with millions of people seemingly in a hurry to get somewhere. However, if one dares to visit, Kathmandu is a very different place between October and November every year. The sole reason for such an occurrence is due to the festival of lights; Tihar. Tihar, primarily a Hindu’s festival, is when the city of Kathmandu is decorated with lights, colors, and flowers adding glitz and glamour throughout the city. With vibrant lights embellishing Kathmandu, this joyous occasion is also when the tourists can truly revel in the religious practices displayed in quite an extravagant manner.

The culturally rich and traditional country of Nepal sees the festival of Dashain during October which is followed by another big festival, Tihar, the festival of lights, during November every year. This period of five days isn’t only special in Nepal but is celebrated all around the world by Hindus. Conversely, the festival of Tihar is celebrated as Diwali all over the world and is known to be the most sacred of Hindu festivals to exist. In the Nepali culture, Tihar or Deepawali is celebrated to honor the goddess of wealth Laxmi as well as the god of death Yama. It is known to be one of the most pious periods of time and is celebrated all over the country. During Tihar, it is common tradition to decorate homes with brilliantly bright lights which is where it gets it “festival of lights” title. The arrival of the festival of Tihar also sees the emergence of groups of people singing and dancing around neighborhoods in a tradition known as “Deusi-Bhailo” where they busk all-day festival long for entertainment. It is believed that monetary donations during Tihar bring about more monetary benefits and this is seen all over Nepal during Tihar in the form of Deusi-Bhailo. Additionally, with monetary contributions, food in the form of “Sel-Roti”, or Rice-bread, and food are also donated during Tihar.

The five days of Tihar are celebrated with the utmost of joy and energy in Nepal. There are numerous stories behind why and how the festival of Tihar is celebrated. However, the most famous and interesting one involves the god of death “Yama” and his sister the Yamuna. It is said that Yama hadn’t visited his sister in quite some time and his sister yearned to meet him. The Yamuna sent him messages via crows, dogs, and cows but she herself had to journey in order to see her brother. This auspicious meeting of siblings is said to be the reason behind the celebration of the festival of Tihar. Moreover, the five days of the festivals are made to worship certain aspects of this story.

On the first day of the Yama Panchak, crows are worshipped. In Hinduism, the cawing of crows is believed to symbolize sorrow and to protect their houses from misery and sadness, people offer various dishes to crows.

The first day of Tihar is known as Kaag Tihar where crows are worshipped as they play a big part in the lore. This year (2018) Kaag Tihar is to be celebrated on the 5th of November. Crows are considered as the messenger of the god of death and worshipping them is deemed to bring good luck. During Kaag Tihar, crows are worshipped and fed early in the morning. People also leave out food for the crows to eat all day long.

The second day is Kukur Tihar in which dogs which are believed to be messengers of Lord Yamaraj are worshipped. People offer dogs garlands and delicious dishes. This day is also celebrated to acknowledge the wonderful bonding between dogs and humans. On the third day of Tihar, Cows are worshipped by offering garlands and fresh grass. This day is celebrated to show homage to cows as cows have benefitted humans in many ways by giving milk and their urine and dung also used for purifictaion purpose and for manure in the field. There is also a belief among the hindus, they wear a sacred thread (doro; डोरो) on their wrists on the day of Janai Purnima and if they can preserve it on their wrists until Gai Tihar, they tie the thread on the tail of cows and by doing this, people are believed to be forgiven for all the sins till that time of thier life.

In the evening, people show their reverence to Goddess Laxmi for the prosperity in their house. They light candles and decorate their homes with marigold flowers and different lights. People also cook delicious and special sweets on this day and offer to Goddess Laxmi. The girls sing and dance and visit the house of their neighbours and play Bhailo (भैलो). On the fourth day, Gorus (oxen) are worshipped. In the evening, Goddess Laxmi is worshipped like on the day of Laxmi Puja. The boys sing and dance and visit the house of their neighbours and play Deusi.

Firstly, Oxen are worshipped with garlands and red tika after which the piles of cow dung are worshipped and in the evening the Newar of Nepal worship their bodies to purify it.

The last day of Yama Panchak, the females worship their brothers. It is believed that, even the Lord of death cannot take the life of brothers who receive the saptarangi tika (seven colors tika) from their sisters on this day. Sisters offer garland of Makhamali (Chrysanthemum) to their brothers and pray for their long life. Those who don\’t have their own brother and sister also receive tika from their relatives. Also, theire is a custom, the ones who don\’t have siblings to to Ranipokhari and visit the temple there. At Ranipokhari, some people establish the relation of brother and sister and receive tika. 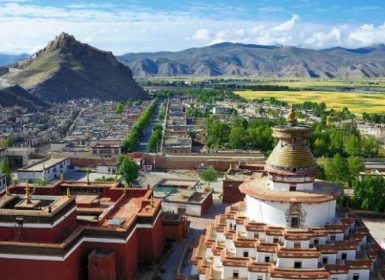 Another gem of a place that is in the back of beyond worldly influences is Tibet. Tibet is a whole different world of its own and it’s beautiful and alluring how even to this day Tibetan cultures and traditions are deeply ingrained within the residents of Tibet, despite the cultural advances and migration of people … 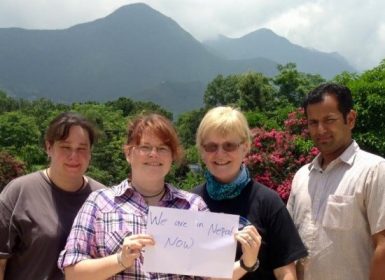 Beatrice Lang and Carmen Heegar came to visit Nepal after the earthquake. They spent some days in Nepal and helped in the relief program and also visited orphan’s home and spent some time with the kids there. They visited the earthquake stricken areas and tried to help the people there. Beatrice and Carmen love to … 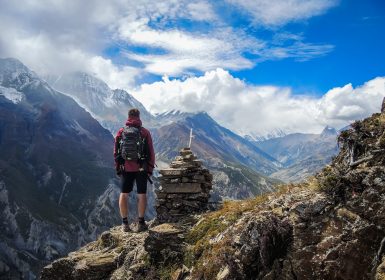 Trekking in Nepal is something different thing that you can’t experience in any other part of the world. You will explore the lush green landscape, flora and fauna, panoramic mountain view and many more. Besides the wonder of nature, Nepal also offers cultural diversity, festivals, tradition, welcoming and humble people.  If you are planning to …