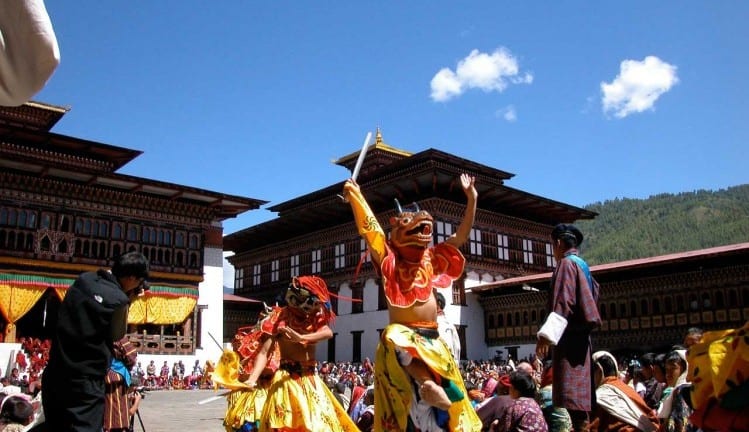 The tiny little Paradise Himalayan Kingdom of Bhutan will open up to you to be discovered on this 6 days tour though what is a magical,marvelous country. Drukyul, the land of Thunder Dragon, as Bhutan is locally known is roughly the size of Switzerland but sparsely inhabited by little over 600000 people. The kingdom is spread over 47000 square kilometer with varied climatic conditions ranging from subtropical to the frigid reaches of almost 25,000 feet snow capped ranges of the Tibetan border.

An unspoiled country known as the last Shangr ila with majestic mountains and a unique cultural heritage preserved for many centuries,.Bhutan has an architectural style like no other, it is a land filled with warm hearted and friendly people in the lost era of the present century. Definitely, this trip is compared to no other and will truly leave noone indifferent to Bhutan amazing architecture, monasteries and culture.

Thank you. Your review will appear after admin approves it.

Please fill all the fields.

Available throught out the year: